Patricia Watson is the Executive Director of WIFT NZ.  She has had an extensive career in the arts, media and marketing for over 30 years, having held senior executive positions including Country Manager of Fairfax Business Media and CEO of POL Corporate Publications Pty Ltd and POL Equipment Pty Ltd (distributor of various international luxury goods).

As Group Editorial Manager / International Business Development Manager for Pacific Publications and prior to that for many years Editorial Business Manager for Conde Nast Asia Pacific (publisher of the VOGUE titles) she has developed international markets and products (including a television series for children) for Australian magazines in Asia and Europe.

As a marketing consultant clients have included Calvin Klein Asia, various publishers, rights collecting societies and an Australian political leader. Patricia is recognized as a publishing industry expert on copyright and is co-author of the extensive survey and report commissioned by CAL (the Copyright Agency Ltd) on copyright and contractual arrangements in publishing.

She has served on a number of Boards and funding bodies, including many years on the Board of the Sydney Film Festival, and time as Chairman of The Prostate Cancer Foundation of Australia, and Chairman and President of The Australian Museum. Patricia returned to New Zealand in 2006 and is on the Auckland Theatre Company Foundation board.

Vicki Jackways has worked in the New Zealand film industry for over 35 years. She began her film career in 1984 at start-up TVC company Flying Fish alongside Elly Toft, Brian Kassler and Lee Tamahori. As the company grew and opened offices in Sydney and London, Vicki became General Manager NZ as well as producing over 100 domestic and international TVCs.

In 2004 Vicki joined the newly built Park Road Post Production and as Head of Marketing promoted the post house and Stone Street sound stages to producers and studios domestically and globally.

In August 2020 Vicki began a contract as Special Projects Manager at the NZ Film Commission for the Screen Production Recovery Fund.

Sharon has over 15 years experience in film and television financing in the United Kingdom and Australia, including five years as Head of Business Affairs for Baker Street Media Finance and later at Prescience Film Finance.

Whilst in the United Kingdom Sharon reviewed the library for BBC Films, worked with Portman Film and Television and was an independent advisor to Scottish Screen. 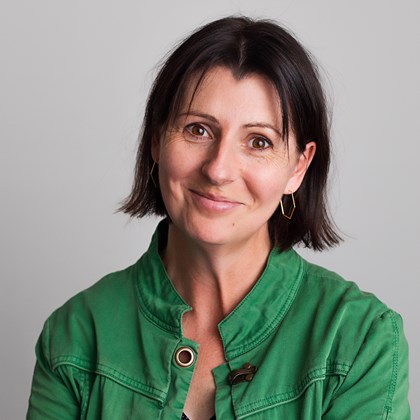 Vanessa Wells is a filmmaker, director, actor and voice artist. Her debut feature documentary East to East (2018) was officially selected for NZIFF and FIFO, and she has worked in the arts industry for over 20 years.

Vanessa co-directed the award winning interactive short Give Kate A Voice and directed 22 episodes of the web series Braveheart Christchurch. Her work in Antarctica has resulted in both film and theatre projects and her short film Te Whakairo (2019) was officially selected for festivals across the world. Vanessa has also created six short films for Sesame Street.

Vanessa’s voice clients include Auckland International Airport, Wellington Rail and Countdown, and she regularly performs at The Court Theatre with the Court Jesters.

Jill Macnab is the General Manager of Vendetta Films, a leading ANZ film distribution company, and is also co-owner of their sister company, Vendetta Productions.

Jill began her career working in theatre management at the Edinburgh Fringe Festival, after studying in the UK, Switzerland, and Germany. She then moved into film distribution, managing and marketing numerous blockbuster and arthouse films across cinema, festival, home entertainment and online release. On joining Vendetta, she helped launch the local and international acquisitions side of the business. She attends all key film markets annually and has acquired multiple award-winning films and revenue winners across varied genres for the ANZ market.

She is the producer of feature film Born To Dance, feature documentary In The Zone, interactive project Give Kate A Voice, and has executive produced a number of other features and documentaries, adding to a slate of projects in varying stages of development.

Kelly has over 20 years experience in New Zealand television, having worked at both the major networks of TVNZ and Mediaworks TV3 where she managed international acquisition and oversaw local production strategy and commissioning.

Since joining South Pacific Pictures in 2012, Kelly has worked as the Executive Producer of TV2's top rating week night drama serial, Shortland Street as well as TV One's Nothing Trivial, Step Dave for TV2, and The Brokenwood Mysteries for Prime TV.

Kelly has been President of both SPADA (Screen Production and Development Association) and WIFT NZ, and is now an active WIFT NZ member

Anchali is a senior commercial lawyer who has specialised in media, technology and telecommunications for the last 18 years. An expert in all legal aspects of tech, media and telecommunications, Anchali often advises clients in New Zealand and overseas on the regulation of new and emerging technologies, data security and privacy, and the commercialisation of IP, and works with local and international content producers and suppliers to the media sector. Anchali's clients in the media industry range from established media companies and production houses, VFX and post-production companies, and independent producers, directors and writers.

With qualifications from the University of Otago, Anchali gained her experience both here in New Zealand, and London. Anchali is a partner at Hudson Gavin Martin - a leading media, technology and IP law firm - and is a keen advocate of purpose-driven organisations.

Rouzie is a creative leader with extensive experience in international film licensing, development, production and post-production.

With over fifteen years in Film and TV, she brings a passion for high-end drama and strategic thinking for development and finance. Some of the companies she has worked with are Sweetshop & Green, Libertine Pictures, Great Southern TV, the New Zealand Film Commission, Mister Smith Entertainment, and HanWay Films.

Rouzie has written and directed several award-winning shorts and a feature film called Radiogram. The debut received the support of the Bulgarian National Film Centre, The Polish Film Institute and the Bulgarian National Television, before screening at fifteen international film festivals and winning three awards. Most recently, she directed the short film Song For Serbia which premiered at the Show Me Shorts International Film Festival and Wairoa Māori Film Festival.

Currently, Rouzie is developing a couple of feature films, including Tulpar (supported by Script-to-Screen's FilmUp 21 mentorship) and the Bulgaria-Turkey-Greece set comedy series called The Border (selected for Torino Next 21).

Rouzie is inspired by passion, authenticity, and collaboration.

With over 16 years in the film industry, in both live action production and VFX, Sophie is currently a VFX Producer at Wētā FX working with clients such as Disney, Netflix, and Warner Brothers. Liaising with top filmmakers, Sophie is responsible for creating and managing multi-million dollar budgets for films such as Lady and The Tramp and The Batman.

Sophie started her VFX career on the TV show, Spartacus. After working at Wētā Digital, Sophie moved to Vancouver, Canada. There, she worked on various projects including, The Walking Dead, A Series of Unfortunate Events, Thor: Ragnarok, and Antman and the Wasp.

Having attended NZ Film School early on in her career, Sophie is experienced in on set production and as an Assistant Director. She has produced several short films which screened at Claremont Ferrand Film Fest (Experimental Section), Vladivostok, and NZIFF.

Sophie has been a longstanding WIFT member after being awarded the Robin Laing WIFT Scholarship in 2007. Grateful for the opportunities that her WIFT membership provides, Sophie would like to provide the same service to up-and-coming women in the industry.

Miranda is a Casting Director and co-founder of The Casting Company. Working in Aotearoa New Zealand for the last 20-plus years, Miranda has extensive casting skills and has worked on a wide range of films, from big-budget studio to indie. She was Casting Director on award-winning films such as Avatar, The Hobbit Trilogy, King Kong, Daffodils, Home By Christmas, Savage, Slow West and Juniper.
Originally from Melbourne where she trained as an actor, Miranda now lives in Wellington with her two children.
She is encouraged by the conversations we are having currently about women in film in regards to gender equality, diversity and champions the new generation of women standing up and having a voice.
As well as being on the Board for WIFT, Miranda is passionate about improving mental wellbeing in the screen sector and is involved in raising awareness and reducing stigma in this space. Miranda is accredited as a Mental Health First Aider through Te Pou.

Samantha is a Post-Production Executive Producer/Senior Producer who works across film, television and advertising. She has previously co-run Envy Studios, where she created their video post department, and produced at Images & Sound.

She is currently on hiatus from producing while spending time with her toddler and expecting a second child. Samantha continues with her work as a Voice Artist, and occasional actor and presenter.

Since 2012 Samantha has been a contributing WIFT member, having created, hosted and moderated many WIFT events.

Samantha brings steerage skills and experience from her time as Chairperson of Bowel Cancer New Zealand. She considers BCNZ’s most significant achievement during her tenure to be gaining government commitment to roll out a national bowel cancer screening programme.