The purpose of WIFT NZ is to ensure women are welcomed, supported and thriving in an equitable screen industry.

WIFT NZ, Women in Film and Television Incorporated, is an organisation with over 1,200 members working in film, television and associated industries. We work to support growth and sustainability in the screen industries and have a particular emphasis on equal opportunity and participation for women.

WIFT NZ belongs to a global network and runs a full and varied programme of workshops and events; offers a varied range of purchasing discounts; issues a regular newsletter and provides networking, research, advocacy, information and support services. Read more >>

If this is your first time visiting our new website, then we need to reset your password and update a few details before you can access the new members area.

Congratulations to all those who received funding in the latest rounds from NZ On Air, for scripted content and for digital first content for tamariki.

Here's something useful to listen to during your lunch break courtesy of Getty Images. Titled From Development to Distribution: How Getty Images supports producers to bring projects to life it…

Aucklanders, go along and support Jan Hellriegel at Hillsborough's Pah Homestead on Friday 11 November 2022 as she performs her Sportsman of the Year show.

Jan will be supported by…

You can watch the great work by WIFT NZ members Jacqueline Nairn and Kerri Roggio on the eighth season of the hit series The Brokenwood Mysteries on TVNZ+.

A big congratulations to the team of the action drama Muru, which includes WIFT members producer Selina Joe and line producer Liz DiFiore. Written and directed by Tearepa Kahi, Muru…

Have a grand night out at the 48Hours Grand Finals Awards!

Tickets on sale for the NZTV Awards

Yes, it's nearly that time again already! The annual New Zealand Television Awards will be held at Shed 10, Auckland on 24 November, and will be hosted by comedian, actor… 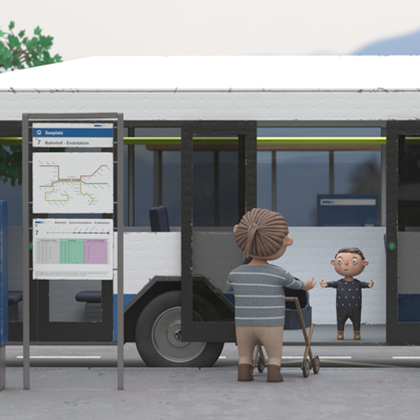 Check out the new trailer for this year's Show Me Shorts Festival, lovingly crafted by Gina Dellabarca, Jack Nicol and the Department of Post.

Then, once your appetite for short…

Dr. Shuchi Kothari, Writer, Producer, Co-founder Pan Asian Screen Collective, Academic (India).
Dr Shuchi Kothari's prolific output is characterised by the themes of inclusion and exclusion as well as power and privilege. She has written and/or produced several award winning films (Apron Strings, Firaaq, Coffee & Allah, Fleeting Beauty) that have screened at international festivals as diverse as Toronto, Telluride, Venice, Cannes, and Busan. She was also a producer on Kāinga.

Kerry Warkia, Producer, (Papua New Guinean, Scottish).
Kerry Warkia has been at the forefront of some of New Zealand's most innovative content for both television and the web. Passionate about telling Maori and Pasifika stories, Kerry was a producer on the acclaimed trio of anthology films Waru, Vai, and the latest Kāinga which centres on Pan-Asian stories, and which she co-produced with Dr Shuchi Kothari.

In Conversation with Rachel Lang (WTN)

Come and learn from one of New Zealand's best screenwriters, showrunners and executive producers at this Wellington workshop.

Rachel Lang MNZM, has co-created many of New Zealand's most successful television shows: Outrageous Fortune, The Almighty Johnsons, Mercy Peak, Nothing Trivial, Go Girls, Bad Mothers, and many more. She was the first New Zealand story editor, a writer and an executive producer for Shortland Street.

Rachel will discuss writing and showrunning with producer and line producer Michelle Turner, and if her August workshop in Christchurch is anything to go by, you will not want to miss this one!

Facilitator: Michelle Turner
As a producer and line producer, Michelle has worked in feature films, short films, television and documentaries including Stickmen, Bollywood Queen, Children of the Migration, Under the Vines, Dox, Wellington Paranormal.

The discussion will cover the following topics:

· What a showrunner does;

· How you get to be a showrunner;

· How Covid has changed the practicalities of writing for television;

· What the ingredients for a successful writers room are;

· Tips for creating ideas and how to market them.

Bring your questions and Rachel will do her best to answer them!

Writer Malinna Liang is a first generation Chinese-New Zealand writer based in Auckland. She is a writer on TVNZ/Greenstone’s My Life is Murder and was a storyliner on Vegas. Her prose has been published in Landfall and Auckland University Press’s A Clear Dawn.

She was one of five recipients of the first ever Tāhuna Writers Residency offered this year by Great Southern Television and Queenstown Lakes District Council (QLDC).

WIFT NZ: How and why did you get into the screen industry?

ML: The why is easy - I don’t have another skill! I’ve wanted to be a writer since I was seven. So it was either do this and make it work or be miserable and/or starve. Clearly I’m very glad it worked out. I got into the industry because my wonderful professor Dr Shuchi Kothari recommended me to a wonderful writer/producer called Claire Tonkin, when she needed to shift production from Australia to NZ during Covid. Claire liked my sample and took a big risk on me, along with her co-EP. So it was a combination of luck, kind people, and a global pandemic.

WIFT NZ: What kind of things could you be doing day-to-day for work?

ML: Depends on the job. I mostly work in TV and dabble in features, so on the rare occasion when I leave the house I’m having the time of my life sitting in a room with fantastic people, eating way too many pastries, and beating out a story over 6-10 episodes. Writing-for-hire is a separate job which comes after the room: so the usual steps of treatment, scene breakdown, and drafts. I don’t like rushing, so I try to hit about eight decent pages a day, which usually gives me at least a weekend to do a few passes before I send it in. When I’m not in the room or writing for hire, I’m usually working on my own projects (with much less discipline!)

WIFT NZ: What strengths do you need to do your role?

ML: I think it’s really important to be collaborative. I’m still pretty new to doing this, so most of the projects I’ve been brought in on predate me for months if not years. In those situations, it’s important to remember that as much as you’ve been brought in for your voice, at the end of the day your job is to help realise something as close to the creator’s vision as possible. It helps to be able to discern when to fight for something and when to concede. Obviously it’s a flipped situation when you’re working on your own project - other side of the same coin, you need to know what the project is, why you’re writing it, and be able to discern feedback that will help enhance the soul of the project or change it into something you’re not interested in. I find that if you can master these two skills it helps immensely in the room and out of it - it can help you riff with others, but also get you out of a rut when you’re writing alone.

WIFT NZ: What are the things you love about it?

ML: Two main things really. First, there’s nothing about screenwriting that you can’t get better at by just practicing, it’s not one of those art forms where you can work until your fingers bleed but you’ll never be Mozart. It’s just a craft, like woodworking. The second is really pretentious but I didn’t come up with it so bear with me. I remember reading somewhere once that magic tries to make something out of nothing, while physics is defined by the law of conserved energy. When you think about it that way, writing is the oldest form of magic - you are making something out of nothing, like turning metal into gold. You can make a world and then you can make the people and things to fill it, but what really excites me about it is that just because you created it doesn’t mean it’s going to just do what you want. If you did your job right, the thing you created is alive. It has its own laws and moral code, and it’ll talk back to you and defy you. You’re essentially playing god.

WIFT NZ: What advice would you give to other women who want to direct/write for the screen?

ML: I don’t think I’m in a position to give advice just yet. But I think the lesson I took from it is to just be ready. I wouldn’t have gotten my break if my professor hadn’t passed on my name, but I also don’t think I could have gotten it if I hadn’t had a script ready to show people. It’s really a confluence of luck and readiness, but I do believe that if you keep doing the work on your own time and treating people with respect, at some point, someone somewhere is going to go to bat for you. And you want to give them the biggest bat you can.

First To See The Sun

First To See The Sun

A huge thanks to our Principal Funders

and to all our Sponsors and Industry partners and Supporters listed here.