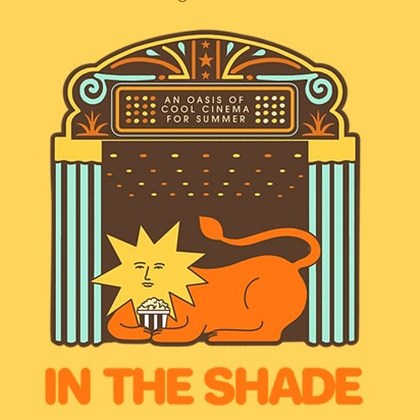 In The Shade was created for two reasons: to fill the gap left by the cancellation of the NZ International Film Festival and to help two cool independent venues greatly affected by the lockdown. Every dollar spent on tickets, beverages, candy etc will go a long way in helping Auckland's Academy Cinema and Hollywood Cinema to get back on their feet after a tough couple of years!

Over 50 films will be screening between 19 January - 21 February 2022, including:
Drive My Car by Ryusuke Hamaguchi which was voted #1 film by National Society of US Film Critics. An aging, widowed actor seeks a chauffeur; his go-to mechanic recommends a 20-year-old girl and despite their initial misgivings, a very special relationship develops between the two.

The Palm D'or nominated Bergman Island starring Tim Roth, Mia Wasikowska and Vicky Krieps in a triple-layered meta-romance about a filmmaker who flies to Sweden with her partner and pitches him a screenplay about her first love.

Mike Mills' (20th Century Women) C'mon C'mon starring Joaquin Phoenix and Gaby Hoffmann is the effortlessly charming tale of Johnny and his young nephew forging a tenuous but transformational relationship when they are unexpectedly thrown together.

Flee directed by Jonas Poher Rasmussen is a spell-binding animated portrait of a young refugee. It weaves together a stunning tapestry of images and memories to tell the deeply affecting story of a man grappling with his traumatic past in order to find his true self and the real meaning of home.

And don't miss Fiona Clark: Unafraid by Lula Cucchiara, which examines the career of one of New Zealand's most notable photographers that due to the repressive environment of 1970s New Zealand was almost stubbed out before it began.