Can you crew on this all-female short film? 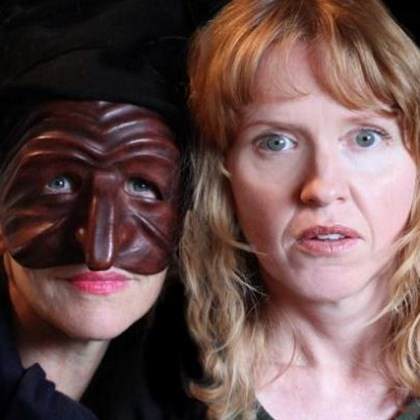 WIFT NZ members Lisa Brickell and Ruth Dudding are looking for female crew for their short film Visitors, to be shot in Auckland in August.

The logline is, "An exhausted new mother is struggling alone with postnatal depression. Unexpected visitors arrive. She must take control, or risk losing everything."

The image shows Lisa Brickell (right) as ‘‘Deidre’’ with director Ruth Dudding in Mockingbird, the original theatre show that inspired the film.

Writer Lisa Brickell's personal experience of post-natal distress and loss of close friends and family to suicide gave her the motivation to write a film that would raise awareness and reduce stigma around mental health. At the same time, she didn’t want it to be a depressing film about depression. For her, the power of the ‘serious laugh’ is profound.

Black comedy is the medium for this story, but it does not undercut the central Kaupapa of the project which is to highlight that it takes a village to raise a baby, and that it is not a weakness to ask for support.

This short film is a collaboration between New Zealand creatives, Australian researchers from the Western Sydney University, and Australasian funders. It has its genesis in the theatre show Mockingbird (also written by Brickell) which was performed across NZ, Australia and Norway to critical acclaim in 2017-2019.

Here’s what crew they’re after:

Art department - someone who can set dress for the single location, and also provide a look and feel wardrobe.

Hair & Makeup - to work with the above person to style the look and feel of the four characters. Note, this will be minimal.

Sound - ideally someone with their own gear.