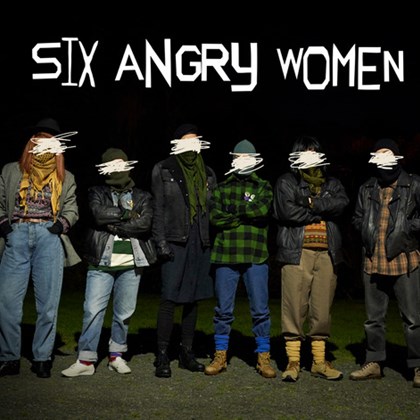 A big woop woop! for Megan Jones whose documentary Six Angry Women has been selected for The Female Eye Film Festival, one of top women's film festivals in the world.

Heres a brief synopsis of what Six Angry Women is all about.

In 1984, six female terrorists kidnapped an Auckland University Lecturer, assaulted him and chained him to a tree in a violent political action.

The event triggered debates about gender politics and vigilante justice that divided New Zealand and led to social change - including the introduction of harassment protocols at Auckland University, and fed rape reform laws. But the mysteries of who the six women were and why they attacked the man they did have remained unsolved.

With the resurgence of feminism and the rise of call-out culture, documentary filmmaker Megan Jones started to wonder if she'd missed an incredible story that was right under her nose. See, the man who was kidnapped was a drama lecturer named Mervyn Thompson and Megan's mother (and fellow WIFT member) Paula Jones - who was one of his students - was in the thick of it.

Three decades after the bizarre attack, Megan reopens the cold-case and tries to find out not only who the six women were, but what drove them to such an unprecedented action.