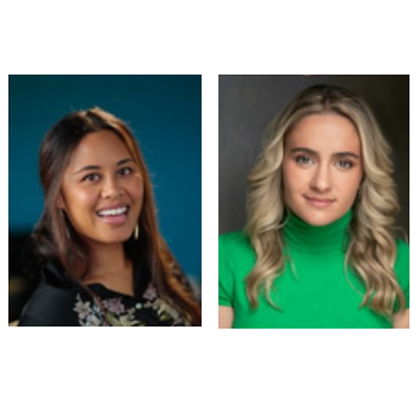 Let's hear it for Abba-Rose Dinah Vaiaoga-Ioasa and Victoria Boult who are among the recipients of the Every Voice initiative.

Every Voice, the first joint initiative between NZ On Air, Screen Australia and TikTok, aims to help a new generation of online storytellers expand their vision and ambition, and will cultivate original New Zealand and Australian content that resonates with global online audiences. Four teams from New Zealand and three teams from Australia have been selected, with each team receiving up to AUD $50,000 funding to cover development and production costs for their projects. Teams will also participate in virtual workshops to develop story skills and best practice for creating for TikTok.

Abba Rose (Samoa - Alafua, Toamua, Puipa'a) is producing Long x Xia, a 10-part scripted comedy series following two Chaotic Cousins™ Ruby and CJ (aka Long and Xia) as they hijack a live lobster from a Chinese restaurant to stick it to their family’s expectations.

Meanwhile Victoria (Ngāi Tahu) is writing and directing n00b, a 12-part scripted comedy series that tells the tale of six Kiwi teenagers as they navigate the cringey period of adolescence on the internet in the early 2000s.