Why did Kiwi series INSiDE get an Emmy nomination? Watch it and find out! 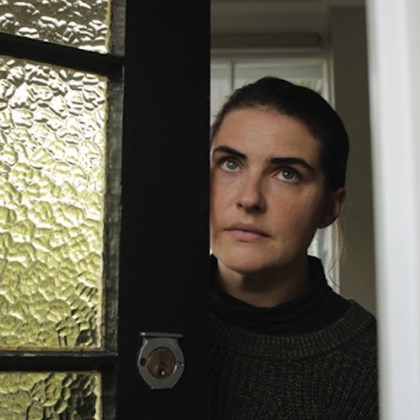 We were thrilled to see that INSiDE, a Sky New Zealand Original Production, was nominated for a 2021 International Emmy® Award in the category of Best Short-Form Series. INSiDE was the only Kiwi nominee - in fact, the only Australasian nominee - across all categories.

INSiDE is a cautionary tale about the human need for real connection, featuring Morgana O’Reilly (pictured)  as Rose, a recluse who works in a tech company. She takes revenge on her former enemies in high school by gaining access to their video conferences. She also uses this to spy on multiple people all around the globe. It deals with themes that were exacerbated in the pandemic including anxiety, loneliness, and a transition to a mostly online set-up.

Made with the support of NZ On Air, INSiDE was created during New Zealand’s alert level four lockdown in 2020 and filmed during alert levels three and two under strict Covid protocols. The series is made up of eight 15-minute episodes and premiered on Sky’s free-to-air channel Prime in September 2020. Working with a small budget ($92,000) and a tight timeframe, series creators and Luminous Beast founders Peter Salmon, Shoshana McCallum, and Dan Musgrove, and series producer Liz DiFiore, had to adapt to making television during a pandemic.

Click here for all the ways you can watch INSiDE