Perfect Storm
Walking into the unknown during the perfect storm of the Covid-19 pandemic, the beauty of nature and connectivity of humanity endures. 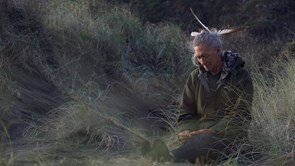 Burning of the Gods
With his island at risk from industrial tourism and environmental degradation, a boy travels back in time to reconnect with his ancestors. 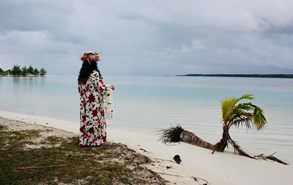 The Difference Between Pipi & Pūpū
Called to his father’s deathbed, an estranged son must find the courage to resolve the conflict between him and his father before it’s too late. 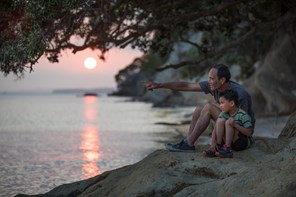 All finalists will be eligible for the Wellington UNESCO City of Film award for Best Film ($3000 cash prize), as judged by a jury.
This award will be presented at the final Wellington screening of Ngā Whanaunga Māori Pasifika Shorts on Saturday 13 August at The Roxy Cinema.

Audience members at Tāmaki Makaurau and Te Whanganui-a-Tara screenings will vote for their favourite short to win the Letterboxd Audience Award, a cash prize of $1000, and this will be announced at the Closing Night of NZIFF in Wellington.