WIN tickets to The Night Of The 12th 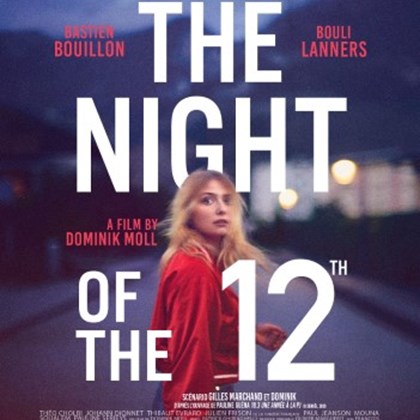 Direct from the Cannes and Sydney Film Festivals comes The Night Of The 12th, in NZ cinemas from 27 October.
Hollywood Reporter says it's "a brooding, serpentine investigative drama that brings to mind movies like Zodiac and Memories of Murder", and Marie Claire describes it as "a dizzying thriller [which] points to the systemic misogyny that undermines investigations into feminicides".

Here's a bit about the film:
In the corridors of the criminal police, it is said that all the investigators have a crime that haunts them. One day or another, they come across a case hurting them more than the others, without always knowing why. It starts spinning in their heads to the point of obsession. Young and ambitious Captain Vivés has just been appointed group leader at the Grenoble Criminal Squad when Clara’s murder case lands on his desk. Vivés and his team investigate Clara’s complex life and relations, but what starts as a professional and methodical immersion into the victim’s life soon turns into a haunting obsession.

We're giving away double passes to The Night Of The 12th. To be in to win, click here to watch the trailer and answer the question below.

How old was Clara?

Send your answer and postal address to office@wiftnz.org.nz by 10am Tuesday 25 October. Winners only will be notified, by email.